Nowadays when I do a routine BnB and FADC it into Ultra, I sometimes think back to the days where every FADC Ultra was an occasion for me to celebrate and to weep tears of scrubby, scrubby joy. Then I think to myself; “Wow…I’ve come so far.

I still remember vividly my first time…do you? 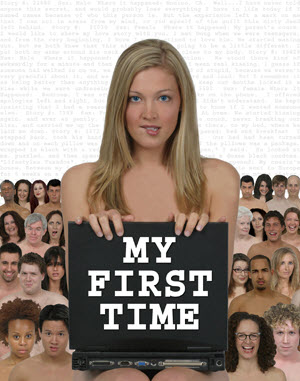 Back then I was just starting to learn the game, and had just got a stick. And I was already practicing FADC Ultra 50-100 times a day. But I still screwed it up every time I tried it in a real match, even though I did it semi-consistently against the CPU. Which was my main competition back then!

So my goal was to hit it against a real human opponent.

Which back then for me was hard to find! I had not yet discovered Ozhadou, and had not yet added Australian SF players from Ozhadou onto my PSN friends list. Every time I went online I only saw red one bar connections. Zzz.

So my only form of human competition was over at my friend Eugene’s house. Now he doesn’t play much SF either, but I somehow persuaded him to get a stick. And sometimes another guy called Eric would come over to play with us as well…

Eric doesn’t play much SF too. That day however, he was playing a runaway Akuma that was giving Eugene and me a lot of problems.

I had already botched up my FADC Ultra like five times already that day. I was thinking that I would never get past that mental barrier.

So finally Eric knocked me down this one time.

And oddly enough, he hesitated and then did a really, really late jump in. By the time he had reached the apex of his jump, I had already stood up from the ground.

Time seemed to slow down.

My mouth opened. Drool came out.

Lightning flashed and dramatic music blared in the background.

I eyed his Akuma descending from an incredibly unsafe height, and I DPed him.My fingers scrabbled like spiders at the stick…I prayed inwardly to the Gods of Execution…

And I FADCed into Ultra… for the KO.

As the sunburst KO flashed on the screen, I turned to Eric and asked him; “Why did you jump?”

And he simply shrugged and said, “I dunno.”

Well I thank him for jumping that day. Because maybe if I had never gotten over that first hump, I might not be still playing Ryu today.

This entry was posted in Ultra SFIV and tagged Eric, First FADC Ultra, Ryu, Tales of Scrubdom. Bookmark the permalink.

4 Responses to Tales of Scrubdom: My first FADC Ultra