So you want to play fighting games in Melbourne. You have a copy of SSFIV, and you have a great time just screwing around with the game with your buddies.

But something’s missing. There’s a competitive fire inside of you that you can’t satisfy by just bodying your friends. You want to get better. You know deep inside, you are the best. You’re the next Diego Umejuarez. 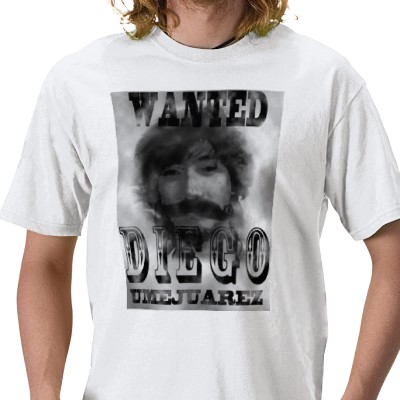 You just need a place to display your skills and make that prize money.

But it’s hard to find the basic details. Who people are, where to go, and really important things like that.

We have the national fighting game site Ozhadou. And we have the Melbourne-based site Shadowloo.com.

This is meant to be an easy guide that hopefully will give newer players a clear sense of how things are in the Melbourne scene.

First week of the month:

Normally the threads for the tournament will be put up in the Ozhadou tournament thread ahead of time, and Shadowloo would provide detailed previews, recaps, reports etc.

Couchwarriors is the major Melbourne console monthly tournament, and occurs on the first week of every month. A lot of games are played at this event, not just SFIV AE, there’s Marvel, 3rd Strike, Smash, Virtua Fighter, Soul Caliber etc. Couchwarriors is also a great social event, and a good place to start making friends in the scene.

The Couchwarriors organization also runs BAM, and they currently reside in the Gamerhold section of Shadowloo.com. Again, usually the threads for the tournament will be put up in the Ozhadou tournament thread ahead of time, and Shadowloo would provide detailed previews, recaps, reports etc.

Second week of the month

The second arcade tournament in Melbourne, this tournament is held inside Crown Casino. Where there are other vices if you find yourself drowned in saltiness…

The easy way to remember the arcade tournament structure is that the two arcade tournaments alternate every week on Thursday. This tournament is a new addition to the Melbourne monthly tournament schedule, so it needs all the support it can get. Support all the great work Chris Ho has been doing!

The threads for the tournament are usually put up in the Ozhadou tournament thread ahead of time.

Where: 11 Stanton St, Abbotsford. (click on link for map)

CCH is a casual console meetup, more for training and leveling up. Mostly SSFIV and MVC3 is played here, but if you want to play any particular game, just bring a setup for it. It occurs on every second and fourth week of the month.

The threads for the meetup will be put up in the Ozhadou tournament thread ahead of time, and Shadowloo would provide detailed previews, recaps, reports etc.

Third week of the month

Deakin is a casual console meetup that happens once a month. The venue at Deakin is really big and has big screens and a projector, so not only are fighting games enjoyed here, but there are also movies and Street Fighter videos played on request. Recently there has been a run of classic Arnie movies at Deakin, but sometimes tournament streams are also put on the big screen at Deakin. Come here for a full multimedia day of enjoyment.

The threads for the meetup will be put up in the Ozhadou tournament thread ahead of time, and Shadowloo provides detailed previews, recaps, reports etc.

Fourth week of the month

The cycle simply repeats itself.

OHN: The original Australian major. Held in Sydney, in May this year.

BAM: The Melbourne major. Held in Melbourne, last year saw an excess of 280 attendants. Happens later in the year, and is the major that wraps everything up.

Shadowloo Showdown: The new big boys in the scene. Held last year in December, but this year in June. Last year SS attracted big names like Tokido, Mago and Gamerbee. This year after you watch the trailer below you would think we need a bus driver…

Bluehouse: Corner of Russell Street and Bourke in the city.

Galactic Circus: Map can be found above.

Box Hill Timeout: Map can be found above.

Shadowloo HQ: This is a hidden location where you must break into the inner hidden circle of Melbourne to find the location.

No, not really. It’s Ali, Sol, and Bosslogic’s house. They’re three of the friendliest people in the scene, so once you get to know them you can probably come over to witness the machinations behind Shadowloo.com and get to play many top players that hang out there.

Lurk there often to keep up to date with the happenings in the scene.

Shadowloo: A Melbourne-based site that is more news-centric, both international and local. The team consistently pump out fantastic visuals and a lot of original content such as combo videos and a weekly show. The Shadowloo staff also run Shadowloo Showdown in Melbourne.

They used to have their own site, but they now reside on Gamerhold, the sister site of Shadowloo.com. Couchwarriors were the organization that made console Street Fighter big in Melbourne which has complemented the traditionally strong arcade scene very nicely. The CW staff are some of the nicest people you’ll meet, so getting to know a few of the staff will integrate you into the scene very quickly.

A great resource if you want to get in some online games. This is a database of PSN/Xbox Live  contacts of almost every known player in Australia.

Shoryuken: Go here for everything else.

How to get started:

First off, think about your decision. Fighting games require a hefty time investment, and some actual thinking. You might need to splash out the cash on some hardware and for time in the arcades. Without serious commitment, you won’t get anywhere competitively in the scene.

That said, many people in the scene choose to play casually; they might follow the tournament scene as spectators and choose to go to events just to have fun and to enjoy the social aspect of things. Nothing wrong with that.

But alright. Let’s say you’ve decided you want to make a serious effort to get good at Street Fighter.

1-      First off, you need to decide whether to play on stick/pad. Both have their advantages, but the vast majority of the community play on stick.

Pad users can definitely play at the highest level in fighting games, but one major, major advantage I see in learning to use a stick is; you can play in arcades.

It’s that simple. To take full advantage of Melbourne’s arcades (which we should treasure considering the arcades in massive cities like New York City are closing down), you really need to learn how to use a stick.

That’s just my opinion, but if you want to get a stick and are unwilling to pay the incredible high prices for importing a stick from overseas (good sticks are really hard to find in Australia), be sure to hit up Ozhadou’s Buying and Selling forum.

There you might be able to get a second-hand stick for much cheaper than buying it outright, and there are a lot of friendly techies there who can help you with international orders, dual-modding your stick, etc.

2-      Practice. Before you enter a tournament, make sure you can actually do a combo first. At this stage you’ve probably gone through the SRK forums and watched tutorials on Youtube.

Good place to start with Marvel is the SRK MVC3 Hyper Guide.

But it is definitely a good thing to get comfortable on your chosen controller first before you attempt to enter tournaments.

3-      Just Show Up. Choose an event, and just go there! Don’t lurk in the corner when you get there, make an effort to introduce yourself and shake someone’s hand.

You see this big muscly jerk on the left here? 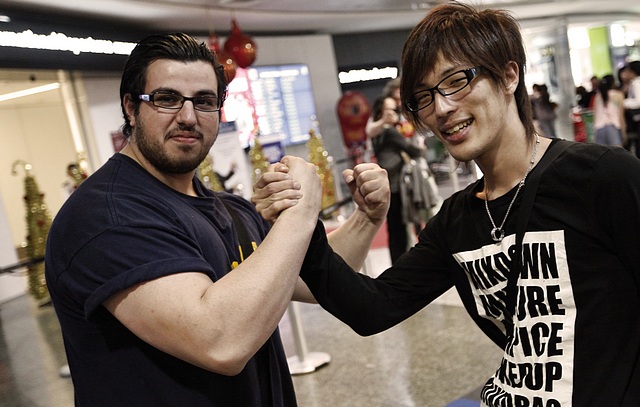 That’s Ali (EXC355UM) the main man  behind Shadowloo.com, and despite his jerkface appearance is an extremely friendly guy who will introduce you to everybody and will definitely make you feel welcome. He’s at every event and has done this for countless people, me included.

Once you know a few faces, it’s a lot easier to come back the next time and go into conversations, ask questions about matchups and things like that.

You most probably won’t do so hot at your first tournament- don’t get discouraged. Everyone starts out at the bottom. Use your early elimination to go talk to people.

The Melbourne scene is really open and friendly. Everyone will share strategies and will be willing to help you, and tell you what you’re doing wrong. Heavy Weapons will even give you relationship advice.

And that’s it really. Once you’re in the scene, we will put our claws into you and not let you go.

Until you get a girlfriend.

Best player in Melbourne. Cross yourself if you get him first round in a tournament.

Vocal, top Sagat player in Melbourne.  Very willing to help new players out. Is Greek, so you can count on him to show up late.

Top comedy player in Melbourne. Prepare to get uppercutted. Once won an international dice competition.

International party boy. Can throw sonic booms and breakdance at equal breakneck velocity. Has extremely long, insomnia-curing Guile vs Sagat matches with Heavy Weapons…that are somehow kind of exciting too. 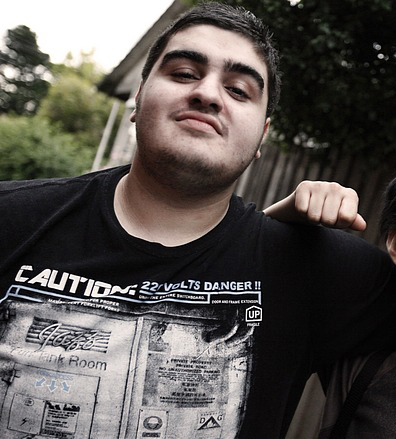 Best player from the Shadowloo/TEC cabal. Extremely versatile, will body you with every character except Hakan. Get his signature before he becomes…

Graphics guru and part of the Bison army in Melbourne. Internationally known for his beautiful SF art and hype trailers. Loves Justin Bieber.

Also known as God. Capable of being in twenty places at the same time, running a bracket, and giving you parking instructions, all at the same time. Despite his moniker, is actually not very mischievous. Former president of CW, looking to step back a bit from the role because of the infernal institution of marriage.

Loves Third Strike. Hates everything else. Tell him you love Third Strike and that SFIV is a load of steaming horsecrap and you just made a best friend for life.

Known as “the CEO of Madmen Entertainment” or “that Virtua Fighter guy who keeps bugging me to enter his tournament”, Daniel puts his industry experience to good use as Couchwarrior’s PR warrior. Once competed on a professional level on behalf of Australia in Dead or Alive 4. He knows his E-sports. Gets way too much free stuff for his own good.

Staunch tournament organizer. Taking a bit of a break now, but watch out for his Zangief when he comes back. 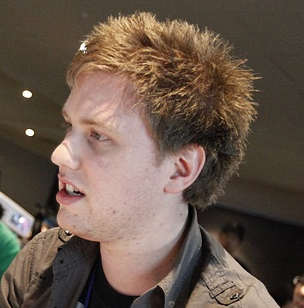 Absolute Offence. Best Bison in Melbourne. Knows a lot about the game,  so feel free to bombard him with questions. Was once given a tiny model of a turtle from Tokido.

Runs Deakin and the Don’t be a Scrub Podcast. Big supporter of the community behind the scenes. Plays Dee Jay, loves Super Turbo and hates IBM.

The stream guy to end all stream guys. The audio-visual expert, but the AV expert is me. Does a ton for the community recording stuff and is our one man version of Team Spooky. Plays Juri, Honda. 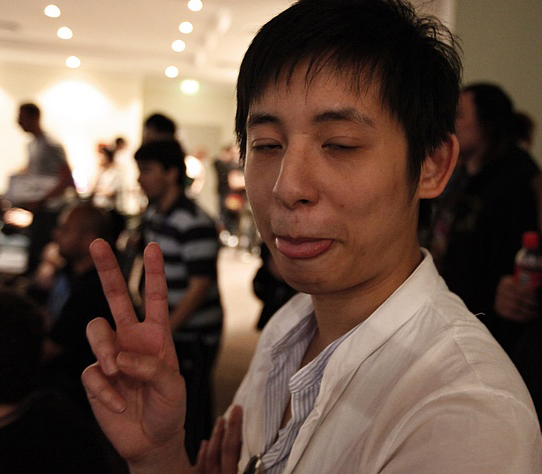 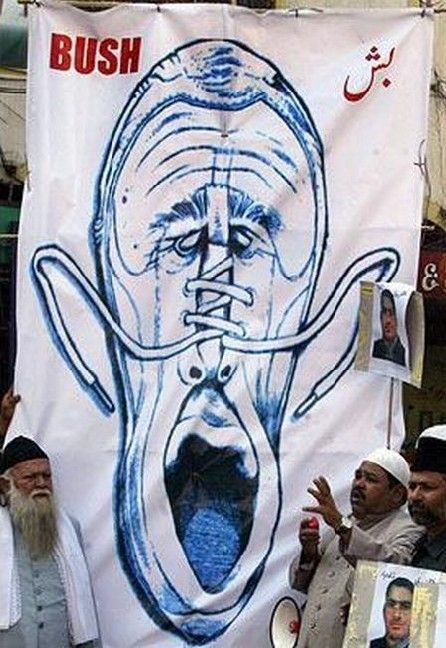