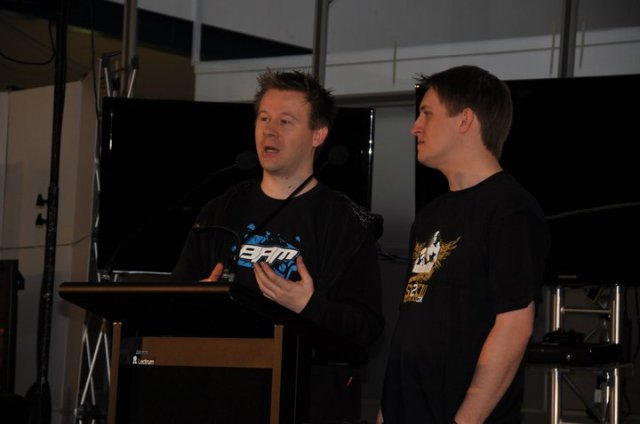 Loki and Berzerk spreading the word at some fighting game event I can’t even remember. (Getting old.)

Now as all puny humans know, Loki is god.

Brendon Watson is the most experienced tournament organiser in Melbourne, and he was the tournament director behind Shadowloo Showdown 2012, a monster of a tournament, and quite frankly, a humongous logistical nightmare!

How was the tournament organised? Brackets? Pool seedings? Staff and game scheduling? How did he get the magic numbers for setups and bracket sizes?

If you wanna get the inside scoop of how the tournament side of Shadowloo Showdown was planned and organised, be sure to check out Loki’s guest article on Ziggy’s Bracketed series:

I have the greatest respect and gratitude for what Loki has done for the Melb FGC, so give his article a read, it will definitely make you smarter.

It worked even on me.

Staging the Showdown – Part 2 and

Staging the Showdown – Part 3 are up!